Spend this weekend watching
CHAPLIN and PURVIANCE
on HULU (USA)!

LAST FEW HOURS!
ONLY THREE DAYS LEFT!
To see the Criterion Collection of Chaplin's films
that includes the full films of all his First National,
United Artist and two British productions

Which includes Edna Purviance's starring role in A Woman of Paris!

ALSO, a link to VIKI.COM, where you will find 55 Chaplin films available to see
from the Mutual, Essanay and Keystone era!

Again, only three days left! To see the Criterion Chaplin films on HULU!
All for FREE!
Posted by Edna's Place at 5:07 AM 0 comments

A fan's Edna and Charlie tribute...

Latest Editions to The Chaplin Library 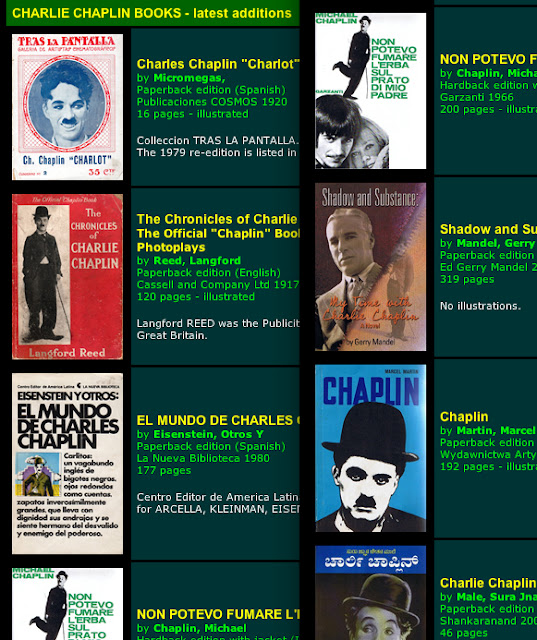 February 5, 2013 - Dominique has sent in more covers for The Chaplin library. This month's highlights include:


1) 1917 book called 'The Chronicles of Charlie Chaplin 'The Official "Chaplin" book based on the Essanay-Chaplin Photoplays.

3) 2006 edition of Charlie Chaplin Stories in the language of Kannada.


See the latest updates at this link and the full listing here.


ALSO, check out Edna's book guide for books available to add to your collection. LINK

We're always adding more updates, so come back for the latest! 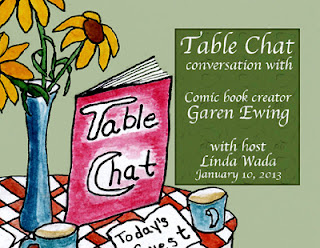 I'm very excited to share with you my second interview with Garen Ewing, the creator of Julius Chancer and his Rainbow Orchid comic book.

In our first interview in April 2009 (Imagination to Print), we talked about the creation and history of The Rainbow Orchid, just before Garen saw his first printed book from Egmont UK.

In this January 2013 interview, we pick-up where we left off. We talk about finishing the book, the promoting, foreign editions, special research projects, comic workshops and the future of Julius Chancer.

This interview is 1 hour and 9 minutes. So grab your favorite beverage, and have a listen. I hope you enjoy it as much as I have, as we continued the Adventures of Julius Chancer!

A heartily thanks to Garen, for sharing his valuable time with us today, as he shares his 'adventures' in the comic book creating.  LINK TO AUDIO INTERVIEW

Chaplin Pathéscope 'Behind the Screen'

Here's another wonderful Pathéscope 9.5 mm print version of Chaplin's 'Behind the Screen.'

This heavily re-edited film was renamed 'Movie-Making' and shows different takes of the same scenes not seen in the official well-known released film.

Overall, many of the clips are sharper and have more detail, than the official releases. Grab a cup of tea and enjoy! (about 13 minutes - Thanks to Unknown Cinema)