Latest update from Paul Gieruki (thanks very much for the head-ups!)
October 2015:


It has recently come to my attention that some copies of THE FORGOTTEN FILMS OF ROSCOE "FATTY" ARBUCKLE are exhibiting signs of deterioration. This collection was produced in 2004 / 2005 under my direct supervision, and we (LEI) held the distributor to the highest possible standards for that time. It appears, however, that the set was reprinted -- without my knowledge or input -- at some point after LEI severed ties with the distributor. People interested in this collection should seek out vintage copies which have the gold "As seen on Turner Classic Movies" sticker affixed to the outer shrink wrap. Those sets are from the first official printing which was produced and manufactured to our standards and with my full approval. Any copy which does not have that original sticker is not sanctioned, not reliable, and should be scrupulously avoided.

Special Warning for those who own or thinking of buying the 'The Forgotten Films Roscoe "Fatty" Arbuckle' DVD collection. If you have this collection, you should check your disc. This morning I found all four of my DVDs in this collection defective. 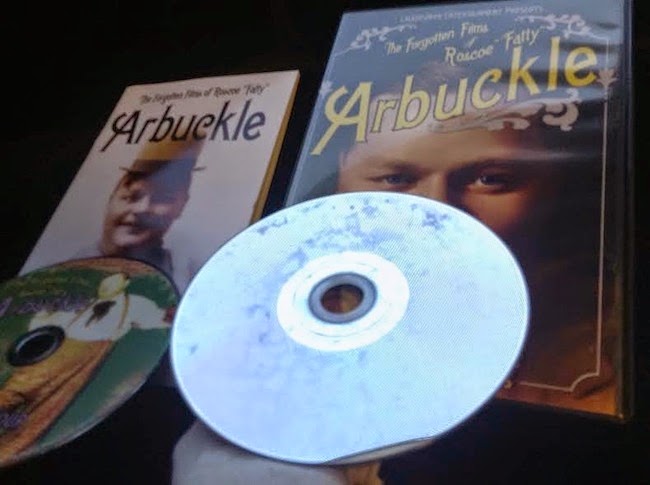 Only Volumes 1 and 4 were still playing, but Volumes 2 and 3 could not be read by the player. Above looking at the disc, I found all four with the lamination appearing to be dissolving off the disc.

If thinking of ordering, I wouldn't. But if you still want to try, contact the seller and tell them you learned of a serious problem with the disc lamination. Get a guarantee of return if your discs are defective. 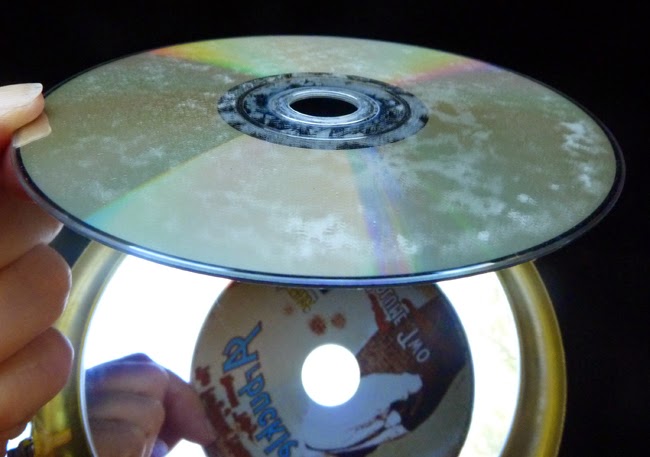 View of Disc Two that will not play and cannot be read.

These were released in 2005. It could be a case of poor quality DVD disc that are aging, but would like to know if any other people are having this same issue.

I can say, what I saw in the Volume 1 and 4 were great fun to see, but VERY disappointed the disc quality is so poor. Sorry to say, but if you really want to see it, try finding it through you local library - maybe through interlibrary loan - and save your money.

To all creator/producers of DVD products: I don't know the situation with these, but as a buyer, I would like to see these burned on the best blanks available, not the lowest quality ones to save money. This is a waste for the buyer and seller.

UPDATE: A solution from Bill (who commented here, and Rainer Mann, from my Edna's page).
Here is a video to explain. It may help you if your disc look the same...


Update August 25, 2014 - Just had another fan find their Fatty disc with the same problem! (see picture). On top of that, they learned their 90th Edition Chaplin Mutuals they bought in 2006, has the same issue. Check your collections today! If you have the same problems with any of your disc, post below. Thanks. See video and comments for tips to clean this flaking off. 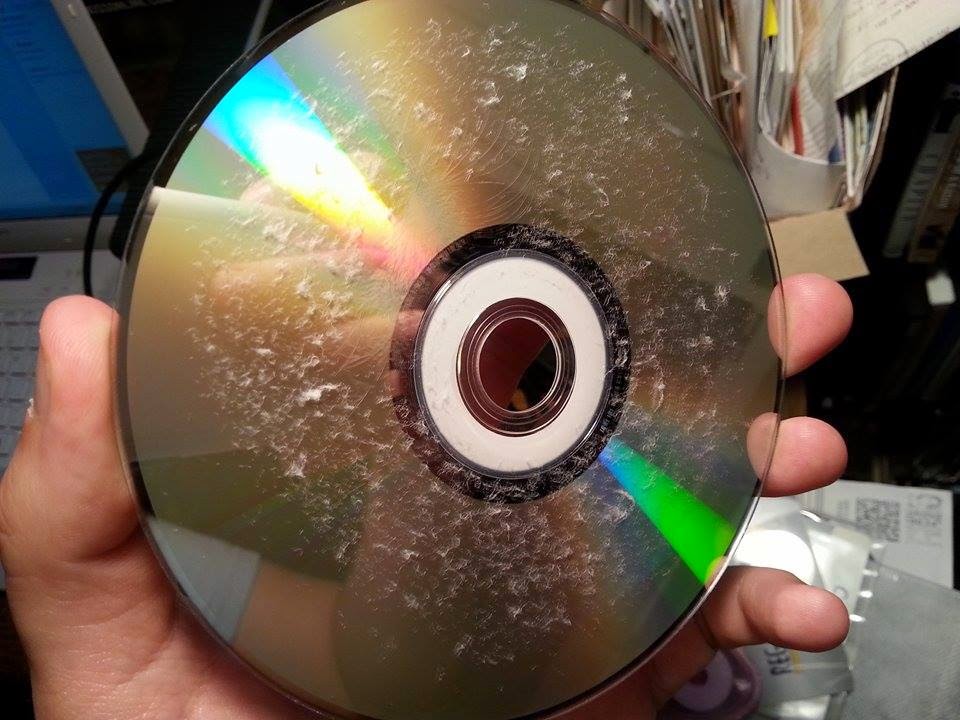 Added note: I had another fan write in that their full collection of the Dallas TV series looked just like this. Their disc would not play, so they ended up washing them. So the problem is beyond just silent film collections.


Update August 25, 2014 - Just checked around and found another one who had the same problem:

A reminder! August 14th, TCM will be airing a full day of Charlie Chaplin films and documentaries. It's the first 24 hours of Chaplin they have had in quite a while. So mark your calendar for a day with Charlie and Edna!
Posted by Edna's Place at 4:35 PM 0 comments

First off, very sorry for the lack of post here but certainly working on Edna's family bio.

It has been an off and on project for several months due to work, family, projects, weather too hot for office, etc. But, being caught up, I have been writing steady this month. So far, I have rewrite my First National section, and closer to getting the full draft printed for the section. It's a slow project in writing, but its moving along at least.

Meanwhile, here is an amateur film created by Ralph Barton from about 1926. It includes many people, including Barton friend, Charles Chaplin.

Here is a taste of Charlie Chaplin's 100th Anniversary since starting in films from Piazza Maggiore in Bologna, Italy. (Home city of the Chaplin Archives.)