Edna Purviance and her sister, Myrtle, were living in San Francisco, when the San Francisco World Fair opened  in 1915. Originally proposal in 1904, but delayed by the 1906 earthquake, it became a major world event, as it celebrated the rebirth of San Francisco and the opening of the Panama Canal.

The following silent films post are a peek at that fair, beginning with the opening:

Sorry for the lack of new post, again, as I am busy in my free time working on Edna's family biography. So far, I have 145 pages written for the first draft. Also, doing new research as I go along. Takes a lot of time, but getting along with it. So, if quiet here, it's just because I like to get this book completed.

Thanks for visiting, and continue to stop by! 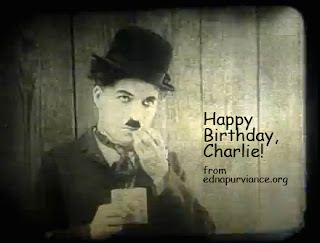