Not Edna Purviance, but another Essanay Gal 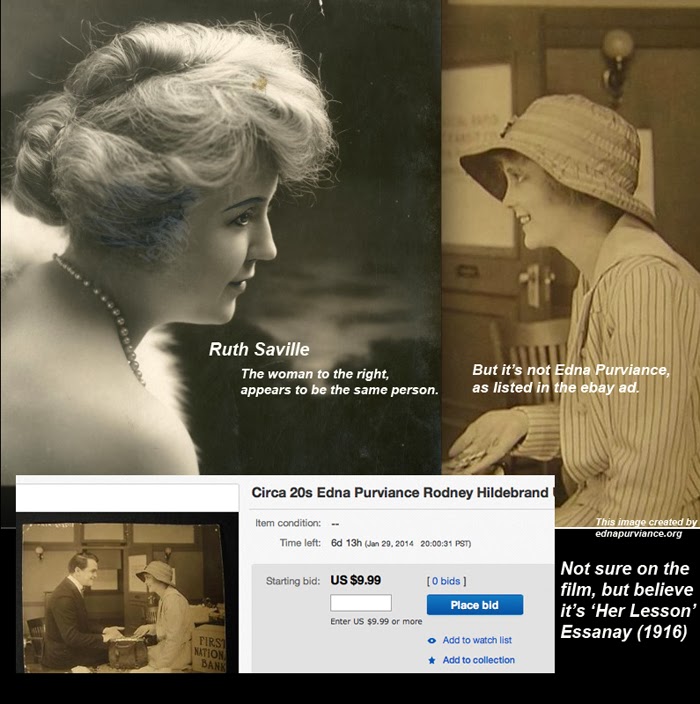 Today, I found another 'Not Edna Purviance' in the ebay listings. The seller didn't know the film, but only that the actor was Rodney Hildebrand.

By searching the film listings for Hildebrand, I found a listing of Essanay films he did with an actress name Ruth Saville.

By searching for images of Ruth, I located a portrait of her from a photo archive. The portrait and the ebay seller's image appear to be the same person.

The film looks to be one called 'Her Lesson' (an Essanay film from 1916) but not for sure.

Edna Purviance only worked in Chaplin's films at Essanay in 1915.


But, I was able to do this, by researching the actor's name, and following leads to actresses he worked with. The seller, in this case, just assumed, it was Edna, but it is not. 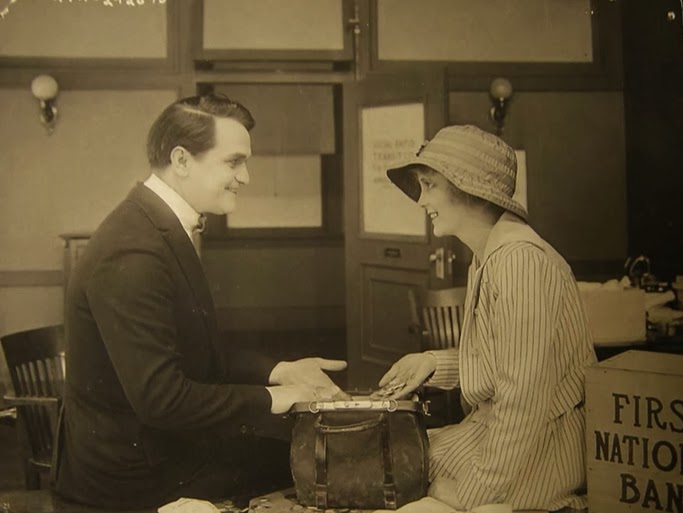