Film historian, Kevin Brownlow, will be presenting director Abel Gance's 1927 "Napoléon" at the Royal Festival Hall on November 30, 2013. This is Brownlow's restored version. It will be presented with the music by the Philharmonia Orchestra.

This nearly sold out event, still has some tickets available, at this link. Best to get now, before they do all sellout.

Meanwhile, I will be posting some videos by Mr. Brownlow, talking about the film and the director.

BE NATURAL: The Untold Story of Alice Guy-Blaché

UPDATE: This part of the funding for this documentary has been funded.

Since I posted this, the Kickstarter project has gone from $76,000 to $144,500 and counting! Only three days left to reach the goal of $200,000. Even a dollar, helps, this great project. Due the natural thing and kick in some support.

During the early days of the silent film era, women had a chance to become more than actors. They could become directors, writers and even start their own studios. But time has forgotten these early pioneers.

Be Natural is the story about one such woman name Alice Guy-Blaché. She became an early pioneer director, but forgotten by the industry she helped build.

This documentary is to help save that piece of silent film history. At this writing, a Kickstarter is running until Tuesday, August 27th, 2013, to help raise the funds to finish the project. The project is produced by Robert Redford, with narrator, Jodie Foster. Official film documentary site. 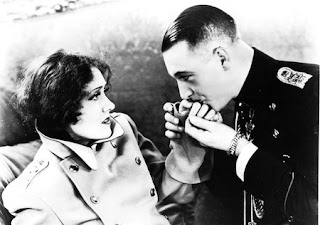 One of the most audacious in jokes in the history of American movies occurs in Billy Wilder‘s Sunset Boulevard when Norma Desmond (Gloria Swanson) shows Joe Gillis (William Holden) a silent film being projected by her onetime director-husband and now butler, Max von Mayerling (Erich von Stroheim). But the film they are watching, as few viewers then or now would realize, is Queen Kelly, a 1929 production starring Swanson and actually directed by von Stroheim.

In 1928, after years of struggles within the studio system, Erich von Stroheim found the opportunity to create his crowning achievement: a storybook romance of intoxicating beauty, counterbalanced with a frightfully grim tale of moral corruption. Swanson stars as an innocent convent girl who falls under the spell of a handsome prince (Walter Byron) on the eve of his marriage to a diabolical queen (Seena Owen).

Queen Kelly might have been one of von Stroheim’s greatest films had actress/producer Swanson (whose lover Joseph Kennedy was financing the production) not halted it in mid-production. Until now, those mesmerizing glimpses in Sunset Boulevard were the only opportunity for American audiences to see von Stroheim’s lost masterpiece.

Kino Lorber’s critically-acclaimed restoration of von Stroheim’s ambitious epic, which incorporates many of the scenes (set within an African brothel) that caused Swanson to shut down the film, finally allows us to see this amazing work by two of the most legendary figures in silent cinema.