Happy New Year! Sorry again for the lack of updates here, but letting you know the FIRST DRAFT of Edna's family bio is complete. After four years and four months, I began the re-writes today. Getting closer to having a biography on the life of Edna Purviance, and the family beside her.

This year I was invited by Lena Covello, from the the Aurora Repertory Theatre, as a guest for an Edna Purviance & Charlie Chaplin event in Nevada. The event was held in Reno on the weekend of October 23, 24, and 25, 2015.

On Edna's birthday, October 21, I was also scheduled to make an appearance in Lovelock, Nevada, for an get together. It was great fun to meet (and re-meet) some wonderful people there, and to see some of the changes in town since my last visit.

In Reno, I had the great pleasure of working with David Shepard and pianist, Frederick Hodges, as we entertained and informed people, for a full two days on Saturday and Sunday. Being emcee, I shared information on each film, with background on Edna, throughout, some not shared anywhere before.

One of the highlights was a 16MM showing of "A Woman of Paris" with Mr. Hodges playing the original 1923 score. Because I do love film, it looks far better than the newest DVDs. And since Chaplin had supervised the music, it's too bad this version, with the 1923 music, can't be available. I will covering this in Edna's book, so was great to hear this version live. I also shared some key information about this film, as it involved Edna (covered in the book I am working on). Being in Nevada, I often went from Edna's perspective.

Unlike other trips, where I often take many photos, I was working on this one, so not many photos or videos taken. And the auditorium was quite dark for photos (even with lights on), but perfect for film watching. This video is from my perspective of the trip, but captures as much as possible of the event.

Thanks to Lena Covello, Carol Franc Buck Foundation, the Marshall's Mint, Darlene Vonsild (Lovelock), and all the people who helped make this Nevada event happen.

Sorry for the lack of posts this year, but have been very busy offline this year. Currently working on Edna's family bio. Right now in the late years of her life, for the first draft. Also, spent time on an Edna and Charlie event in Nevada this year. This included a visit to Lovelock, Nevada, and MC'ing a two day film event in Reno, with film historian David Shepard, and world class pianist, Frederick Hodges. Currently I am working on an item about this event.

Current plans is to spend my time in getting the first draft of Edna's family bio complete. so back to work…
Posted by Edna's Place at 3:51 AM 0 comments

The Flicker Alley edition of the 'Chaplin's Essanay Comedies' are now ready for pre-order. Release date is November 10th, 2015. The set comes in Blu-Ray and DVD, with bonus material. LINK 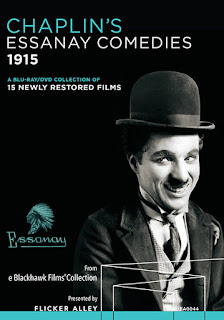 "By the Sea" was Chaplin's first film back in Los Angeles, after leaving Niles. It was a quick one reeler, as Chaplin and company were waiting for a studio to be ready for them. This was Edna's sixth film with Chaplin.

"The Tramp" was released by Essanay 100 years ago today, on April 11, 1915.  It was Edna Purviance's fifth film with Charlie Chaplin. 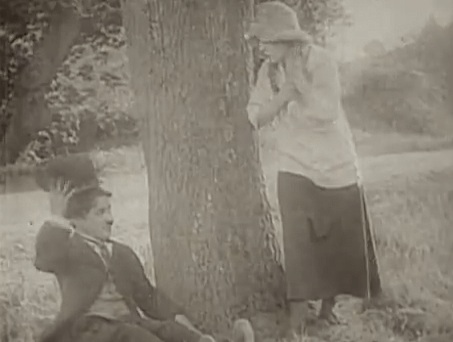 Very sorry for the lack of post, but getting nearer to the end of the first draft for Edna's family biography. I am well into the later years of her life now... Back to writing... 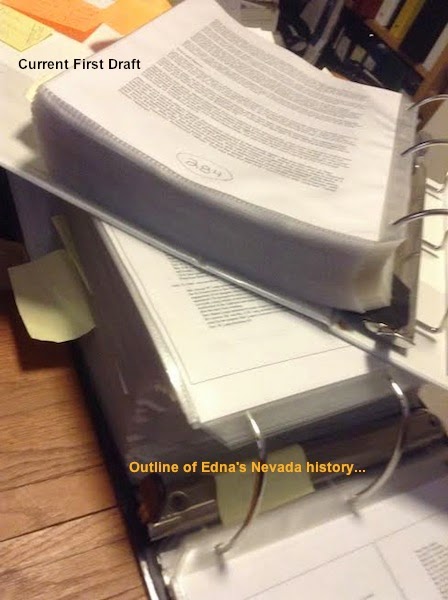 On February 15, 1915, "A Night Out" was released from Essanay. With story, direction and starring Charlie Chaplin, with co-star Ben Turpin and new leading lady, Edna Purviance (in her first film).

Sorry for the lack of posts at the moment, but very busy working on something more permanent then a blog post for Edna, as I working on Edna's family bio. Back here soon...
Posted by Edna's Place at 5:30 PM 0 comments

January 13, 1958, marks the day Edna Purviance died. For years,
I have been trying to get the date corrected on the web. I get it corrected,
someone else places the date back to January 11th. My information comes
from Edna's family documents and official California death certificate. But,
there are plenty of people who believe the 11th date instead.

I recently did some more requests in getting the date corrected. Like anything
dealing with Edna, it takes time to correct the errors. 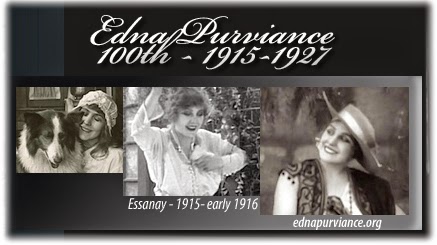 2015 marks Edna Purviance's 100th year since starting in films. Edna arrived at the Niles Essanay Studios on, Thursday, January 21, 1915. She took her film test and continued in pictures for the next 12 years. A full year looking back at Edna's first year in films.
Posted by Edna's Place at 12:00 AM 0 comments