The latest documentary on Charlie Chaplin comes from his family. Eugene and Kiera Chaplin have teamed up to create 'My Tribute'. The documentary was created to mark the 25th anniversary of Charlie Chaplin's death, December 25, 2002. (Chaplin died at his home on December 25th, 1977.) It covers Chaplin's film years and has 'glimpes' into his private home life.

The full package from Limelight Films, 'The Charlie Chaplin Package', includes restored films from his Essanay, Mutual years, and even one from his Keystone years (Tillie's Punctured Romance). All digitally re-mastered and with new music. It is available in European markets. Check out Chaplin USA Video Guide for more on this and other Chaplin collections.
Posted by Edna's Place at 8:37 AM 0 comments

I have just received very sad news from Peter Hitchcock, that Eric James, who worked many years with Charlie Chaplin as Music Associate, passed away Tuesday, March 28, 2006, in Whitby, Ontario. He will be sadly missed by his many friends and family... MORE
Posted by Edna's Place at 7:27 AM 2 comments

March 31 thru April 6th, 2006 - Chaplin Essanay Shorts are planned to be shown at the Grand Illusion Cinema in Seattle. Listed: His New Job, The Champion, The Tramp, A Woman, By the Sea, The Bank, Shanghaied, and A Night at the Show. Edna Purviance co-starred in all these films except for 'His New Job', which was Chaplin's first Essanay film made in Chicago. Check this link for time and location.

Check below for the Chaplin Essential Music Collection Drawing.
Posted by Edna's Place at 7:01 AM 0 comments

Chaplin Library has been updated.
See the Latest Page for the latest books in the collection.
Posted by Edna's Place at 5:38 PM 0 comments

Silents - A play by Lee Smith about silent films

'Silent', a new play by Lee H. Smith, will be presented at the Sheffield Library Theatre, in Sheffield, England with NEW DATES of Sept. 8th and 9th, 2006. See this link for more details.

"SILENT" - Using events from the lives of DW Griffith, Lilian Gish, Buster Keaton, Charlie Chaplin and Fatty Arbuckle, it tries to explain the pressure the Owners were under to 'conform' in the face of mounting censorship." Lee H. Smith, England
Posted by Edna's Place at 6:11 PM 0 comments 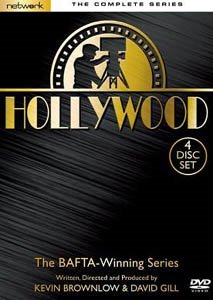 At this time, the series has been pulled from release due to copyright issues. Until the issues are resolved, it will remain off the market.

The Hollywood Series, created by David Gill and Kevin Brownlow IS available for purchase on DVD in the UK. See this link for details... Also available for rental in the UK from Amazon. Contact Amazon UK for more details!
(UPDATE: new release date is listed DECEMBER 2006)

Update: Here is a link of the VHS collections.

LINK TO ENTRY FORM
Posted by Edna's Place at 5:59 AM 0 comments 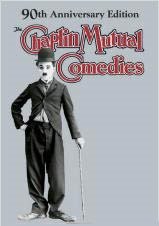 Update March 25, 2006
First off, a very special thanks to Garen Ewing, at webbledegook (his personal blog site) for a very nice mention of the contest! Thank you very much Garen!

Because of the contest, I am posting a bit differently on the blog than in the past few month. Under the LINK Chaplin & Edna Events, I will be updating new events or bit of news on that link, rather than special new post. I will see how it goes.

(Well, when you have the Hollywood Series on DVD, that DESERVES TOP BILL! Very exciting news for us waiting patiently for years... You made a lot of fans very happy!!!)

UPDATE ON THE HOLLYWOOD SERIES. CONTACT AMAZON UK FOR MORE DETAILS ON THIS COLLECTION.

• Charlie Chaplin The Essential Music Collection is planned for release in the UK April 10th.

• Currently, work continues on the book project for Edna. It is a big project, but truly looking forward to more details going public, as soon as we are ready.

• March 24th - On Edna's site, I have been updating the Chaplin Library (Dominique Dugros Collection). The Latest Page HAS all new additions. I updated all the PDF files. All the current books from the updated LATEST PAGE are listed in the INDEX PDF FILE.

• Here is a link for you Buster Keaton fans from DVD Times about The Buster Keaton Chronicles released this last February in the UK...

For now, thanks to the fans who have entered so far and thank you Garen, very much, for the post! A note of congratulations to Garen on being represented by A.P. Watt, literary agency of London, for Garen's outstanding work on RAINBOW ORCHID.
Posted by Edna's Place at 6:45 AM 0 comments

OTHER HAPPENINGS
March 14, 2006 - GRAND VIEW MEMORIAL PARK - LATEST
NEWS: Here is the latest story on the Grand View Memorial Park. Next court date is set for April 20th, at this time. LEARN MORE

March 14, 2006 - 'A BRIEF GLIMPSE' NUMBER #6!
(#6 has been retired, #7 is up!)
(This special glimpse requires a Quicktime Player or RealPlayer. Note: it may not play correctly on certain Windows systems or on a phone modem.)

Update: June 8, 2006 - Limelight Films website has been removed off the web. more here from ABC News...

Kiera Chaplin interview on sfgate. She has recently viewed the Ric Burns documentary on her grandfather, Eugene O'Neill, which will air on PBS March 27th. She also comments on plans to produce a film on her grandmother, Oona Chaplin. She says she may play Oona, herself, for the film company Limelight Films. (She is chairwoman of the company.)

"She also has plans to produce a film about her grandmother, "and I would maybe play Oona myself." Chaplin is chairwoman of Limelight Films, a production company named for her favorite of her grandfather's films." - SF Gate

Sound Job: From the BBC Radio 4 files is this November 10, 2002 interview with silent film pianist, Neil Brand. Brand plays at film festivals around the world, including Chaplin film screenings. This four minute interview, by Torin Douglas, is downloadable on the BBC 4 website at this LINK.
Posted by Edna's Place at 9:43 AM 0 comments

The BBC website is a great place to find video clips about Charlie Chaplin. One that you can see, is a about a one minute video clip showing Chaplin after he became Sir Charles Chaplin. Chaplin stood for the cameras and chatted a bit for the BBC news on March 4th, 1975.

On this same page is a TIMELINE showing a list of other Charlie Chaplin related clips where you can see Chaplin or related Chaplin stories from BBC archives from: September 1952 to May 1978. LINK TO BBC PAGE.
Posted by Edna's Place at 5:32 AM 0 comments

June 16th, 17th and 18th (Father's Day Weekend), a special showing of Charlie Chaplin's 'The Kid' will be shown at the Silent Movie Theatre, in Los Angeles. Co-starring Edna Purviance and Jackie Coogan as the kid. Check this link for times.
Posted by Edna's Place at 8:45 AM 0 comments

UPDATE: Eric James has passed away on March 28, 2006. See this link for more
As reported earlier here, Eric James has been ill. He is doing better, so our continued best to Eric. Peter Hitchcock has this special sound recording of Eric James speaking about working with Charlie Chaplin on music.
Posted by Edna's Place at 10:00 AM 2 comments

Alice was the mother to Spencer Dryden (drummer for Jefferson Airplane), who died January 2005.

Alice was born September 18, 1911, in Bayonne, New Jersey and was a longtime resident of Glendale, California. In the 1930's, she was a prima ballerina in New York.

Special thanks to Paul Carpenter for this information. Also, I added Paul's interesting and informative comments on this below.

"There is not a lot of information on Wheeler Dryden's relatively brief marriage to Alice Chapple - sources indicate they were married from about 1938 until 1944, the early years of Wheeler's employment at the Chaplin Studios. Chaplin biographer David Robinson wrote in his 1985 book that the marriage may have been undone by Wheeler's single-minded devotion to his famous half-brother.

Robinson also alludes that Wheeler was an emotionally fragile man prone to odd behavior. His sad decline into isolation and paranoia in the years after both Charlie and Sydney left America (as described to Robinson by the Chaplins' cousin Betty Tetrick) seems to bear this out.

It is unfortunate that we have no record of interviews with Ms. Chapple, regarding either her recollections of the Chaplins, or her own interesting life. If anyone knows of any more information, please forward it on." - Paul Carpenter
Posted by Edna's Place at 7:06 AM 3 comments