Tribute to the Typewriter

Nothing says business like the sound of a typewriter...

And with the last typewriter factory in India stopping production of the typewriter for the consumer market, a tribute to that marvel of industry...


One of the things that lead Edna Purviance to San Francisco wasn't only family, but that popular machine of the day, the typewriter. Many young women of Edna's age were drawn to the business colleges that had career courses for women to train as stenographers. And nearly all of Edna's cousins, and both her sisters, all learned how to type. Being a secretary in San Francisco was Edna's first job. And she was known as an excellent typist. 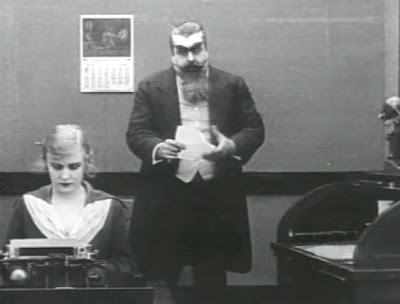 Edna Purviance and Eric Campbell in 'The Floorwalker'
Chaplin used Edna's typing skills in a few of the movies she played in like The Floorwalker and The Bank.

A look at some very unique early day typewriters from The Martin Howard Collection.
Posted by Edna's Place at 7:24 AM