With it only 30 days away to the showing of Napoléon at London's Royal Festival Hall, here is a great behind scenes look at the creation of the film. 'Abel Gance et son of Napoléon' was released on French television in 1984. The French documentary features behind scenes footage of the creating of Abel Gance's film. 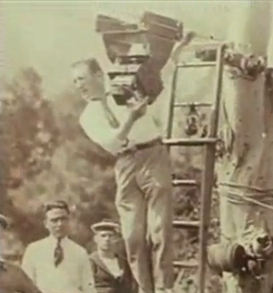 You can see how scenes were shot on location and in the studio, with some film test of the actors to play the roles. Even if you don't speak French, it still a great introduction to the film. 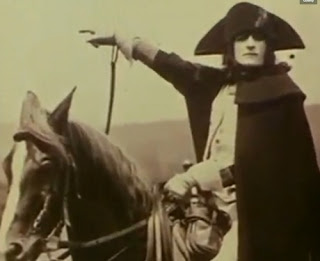 Though not the full series, what is available is presented in four parts on Daily Motion. Each part about 19 minutes. It gives great insight into the production of the film, and well worth to watch, whether you plan to see Napoleon, or not.

Roughly about fifty seats left for the showing by Kevin Brownlow, so a bit of time left, but not for long...
Posted by Edna's Place at 6:45 AM