On November 30th, 2013, I had the great pleasure of seeing Kevin Brownlow's restored film of Abel Gance's NAPOLEON in London, at the Royal Festival Hall. And, equally so, I got to see it with comic creator, and silent film fan, Garen Ewing. Garen had wanted to see the film, since reading Kevin Brownlow's acclaimed book "The Parade's Gone By." 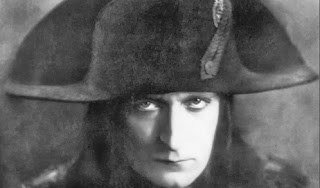 Here is Garen's excellent report about the film history and recent showing in London. It also includes Kevin Brownlow lecture on the film, held at BFI on December 10th. LINK