Howard Hawks
After Frank Capra and John Ford, this year’s big retrospective offers up spectacular editions of early works and later masterpieces by Howard Hawks, the genuine auteur of American film, the “great craftsman” whose stature as a maestro was affirmed by Cahiersin the 50s and a person who influenced the creation of the Hollywood myth as much as the same Ford and Hitchcock. Hawks who challenged and transcended every production condition, Hawks friend to Hemingway, Hawks narrator of the most memorable and ambiguous male relationships in film history, Hawks inventor of a powerful new American female archetype, Hawks relentless creator of his own legend, Hawks who in fifty years covered every genre of film without losing his grip on his incomparable style.

We will show all Hawks’s silent films available today (Fig Leaves, The Cradle Snatchers, Paid to Love, A Girl in Every Port, Fazil, Trent’s Last Case) and many sound films from the 30s, starting with his first The Dawn Patrol from 1930 to Barbary Coast from 1935, rare flicks such as Criminal Code, The Crowd Roars, Tiger Shark and milestones of gangster movie and screwball comedy genres such as Scarface, Shame of a Nation and Twentieth Century.

And that’s not all; we are working on showing a few Hawks classics that are the height of their genre and continue to be a thrilling visual adventure, like Gentlemen Prefer Blondesor The Big Sleep. “The evidence on the screen is the proof of Hawks’s genius,” wrote Jacques Rivette in 1953. Watch it, and watch it again. 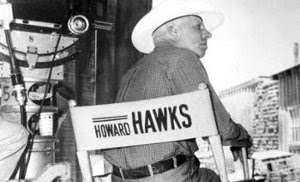 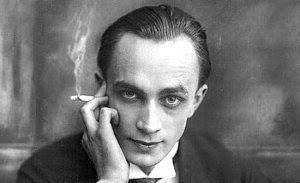 Recovered & Restored, Searching fot Colour in Films, 100 Years ago
Each year films that were considered lost make their return to the world, and your input is always welcome. Two silent films by Hawks, for example, are still missing: his debut film The Road to Glory from 1926 (not to be confused with the film of the same name made in 1936!) and The Air Circus from 1928. We are also still on the lookout for a film directed by Conrad Veidt in 1919, Wahnssin. Our search continues.


Labirinto Fellini Exhibition in Rome
This exhibition produced by the Cineteca will be open in Rome until January 30, 2011. Two sections: La grande parata, curated by Sam Stourdzé, and Invenzioni by Dante Feretti and Francesca Loschiavo.


Watch for more details in the coming months. LINK