Yesterday, I had great fun listening to "The Adventure Films Podcast." Created by Garen and his brother Murray Ewing, it is a casual conversation about their love for films. As Garen clearly points out, it's not about historical facts, but about why they love these selected films. 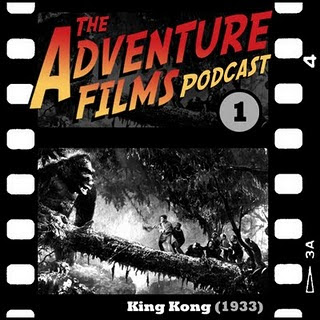 With original music by Murray Ewing, the podcast begins with the 1933 'King Kong' as Garen and Murray share their thoughts about the story, characters, and even some thoughts on the re-make. For me, it was like listening to them in my living room, chatting about the film. A very rare treat.

The brothers will be talking about ten of Garen's favorite adventure films, with a new one planned for each week. These will included: Lawrence of Arabia, Lost Horizon, Hidden Fortress, The Treasure of Sierra Madre, She and more...

I'm certainly looking forward to each program, and I hope you will head over and take a listen too. Big thanks for doing this! LINK

UPDATE EDIT: Here is a BFI interview with Ray Harryhausen, as he remembers his experience of  ''King Kong' for the first time. LINK 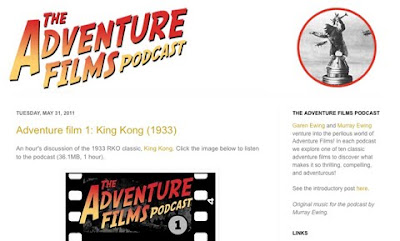