'The Man Who Would Be King' with Garen & Murray Ewing

Time for a nice cup of tea and listen to Garen's second adventure film episode, with his brother Murray Ewing, this time covering 'The Man Who Would be King' (1975).

What makes this even more insightful, is Garen's longtime interest, and research, into the 1879-1880 Afghan war. He added some fascinating bits from his own carefully done research into today's program. (Learn more from Garen's The Second Anglo-Afghan War website.)

While I have not seen this film in a while, they peaked my interest in seeing again. It does appear on TCM, but not often enough, so planning to get my own copy. Just click in the image and enjoy! Today's program 1 hour and 15 minutes. 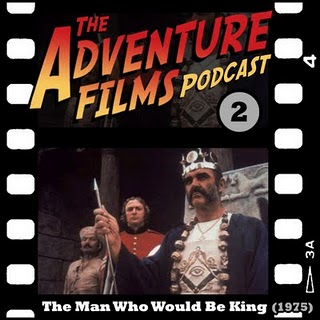 Update: During today's program the film 'A Touch of Zen' was mentioned. It's on my must find and see list, as this clip shows... (Thanks for the mention!)
Posted by Edna's Place at 7:39 AM