Charlie Chaplin at the Elsinore in Salem, Or. 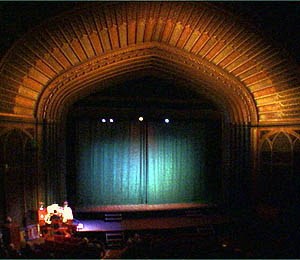 The Elsinore Theater was originally built in the 1920s as a picture palace and has the 'Mighty Wurlitzer Organ' played by Rick Parks. more>