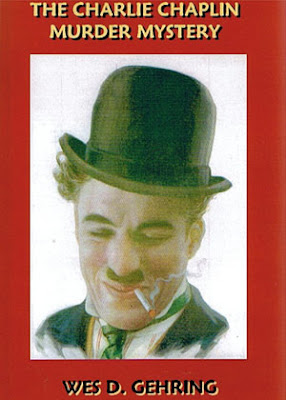 Dominique sent a new collection of book covers for the Chaplin Library. I will be adding these, but in the meantime, sharing one of the books from the collection about Charles Chaplin by author Wes Gehring. It is called "The Charlie Chaplin Murder Mystery" a comic novel released in 2006.

It is about "a lost Charlie Chaplin film and the shenanigans people go through to obtain it." It is Gehring first novel. The book can be purchased through LULU. (It is a paperback, 152 pages and no illustration.)

As for us we have been working a lot recently on Chaplin's real lost film, The Sea Gull, a film Chaplin produced, but not directed or starred in. More coming in April. Thanks again for the interest.
Posted by Edna's Place at 3:06 PM