Silent Movies: The Birth of Film and the Triumph of Movie Culture 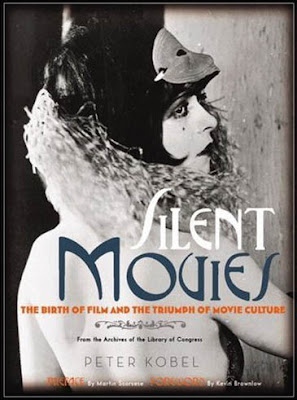 Silent Movies: The Birth of Film and the Triumph of Movie Culture

Published by the Library of Congress

"Silent Movies: The Birth of Film and the Triumph of Movie Culture," Peter Kobel has created the definitive visual history of silent film. Published this month by the Library of Congress in association with Little, Brown & Co., this richly illustrated work draws on the Library’s extraordinary collection of posters, paper prints, film stills and memorabilia—most of which has never been in print. More than 400 images capture the birth of film and the rise of such icons as Charlie Chaplin, Greta Garbo, Clara Bow and Rudolph Valentino." - Library of Congress

Los Angeles Times - Richard Schickel Review (note this review may only be up for a short while.)