USA - The Criterion Collection has the 2010 release of Charlie Chaplin's 'Modern Times' available to pre-order in Blu-Ray or DVD. From the Criterion list, it includes: 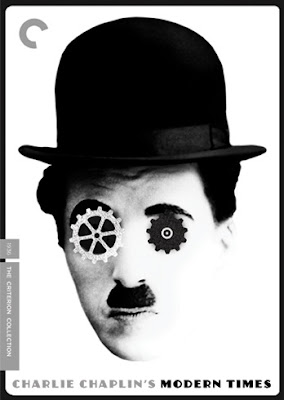 • New program on the film’s visual and sound effects, with experts Craig Barron and Ben Burtt

• Two segments removed from the film

• All at Sea (1933), a home movie by Alistair Cooke featuring Charlie Chaplin, Paulette Goddard, and Cooke, plus a new score by Donald Sosin and a new interview with Cooke’s daughter, Susan Cooke Kittredge

• The Rink (1916), a Chaplin two-reeler highlighting his skill on wheels (Note: The Rink co-stars Edna Purviance)

• For the First Time (1967), a Cuban documentary short about a projectionist who shows and more.... 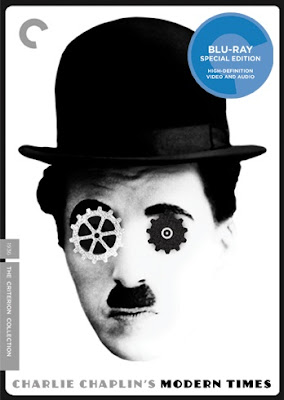 The DVD comes in 2 discs and the Blu-Ray editions comes in one disc. Look for the Blu-Ray mark, when ordering. LINK to CRITERION SHOP

UPDATE - Aug. 20, 2010 - I have been updating my DVD/Video guide to included the new updated films and Keystone films. Because of different offerings and many readers from Europe and the UK, I added in the Pal releases into this page. Normally, I just do USA, but making an exception for these latest updated releases. The selection is still being updated, but an early look.
Posted by Edna's Place at 7:57 AM

What do you think of the cover art? (I have been trying to get use to them this week, but finding it hard too. I won't go into detail, but prefer the artwork done on past DVD sets.)

The more I look at this one, the more I find I don't like about it. (I rather have seen one of Kate B. illustration than this.) I guess, just not my 'cup of tea' for a cover.