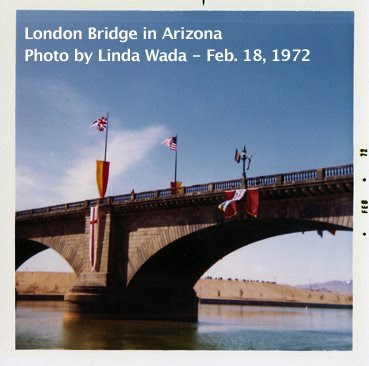 Saturday I was cleaning in the attic where my office is, and going into the crawl space to sort out things. While doing so I found my photos I took in 1972 of London Bridge. 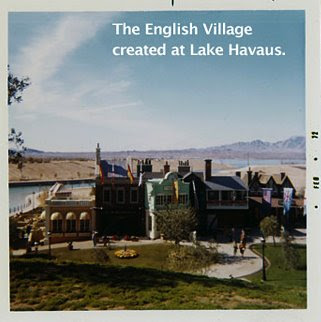 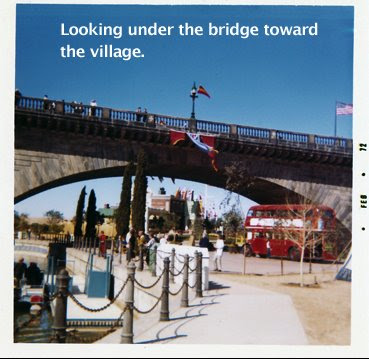 Unknown to us, a major network television crew was there filming on the bridge. (Reading more, appears the crew may have been from the UK, as it was apparently an UK production.) 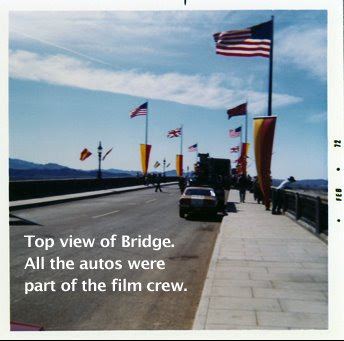 We walked onto the bridge and saw Tom Jones and Jennifer O'Neill taping a segment for the program The London Bridge Special. I didn't have a great camera, only a Kodak Instantmatic, but here are the shots I have from that day on Feburary 18, 1972. 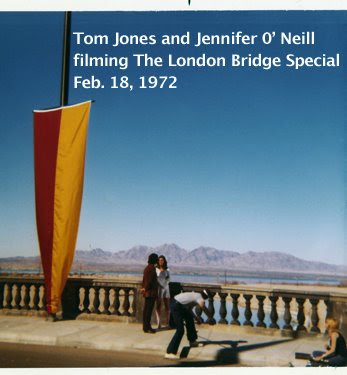 We just drove in from Las Vegas earlier that morning, after seeing a dinner show at the Sahara Hotel on the strip, so to walk into another performance for television being filmed was surprising. Being it was February (my parents took me out of school for a week to take the trip down) there were not a lot of tourist around. 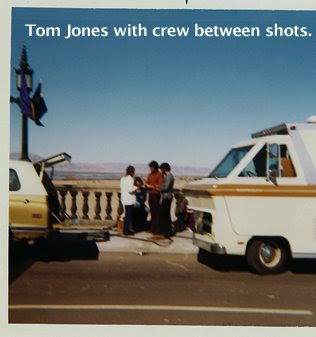 All the photos above, taken by Linda Wada, February 18, 1972
And for those who may not believe it, I found some clips and information about the London Bridge Special on the web. The program apparently is available on DVD. 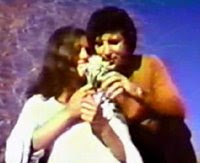 Image from the special

Now the web clip is just as fuzzy as my photos (so not a good example), but looking closely at Tom and Jennifer's clothes, they are exactly like they were wearing at the time I saw them on the bridge. You can see the double decker bus and a bit of the village in the clip too.

I actually can't remember seeing this bridge special on TV when it was released that spring, but, interestingly, just over a month later, I was introduced to Charlie Chaplin, as he made his first trip back to America in 20 years, in April in 1972. Part of the Oscar special award.

Link to Charlie's London Bridge in Arizona Part One.

Note: Pictured is the original London Bridge, which was purchased by American businessman Robert McCulloch for about $2.5 million and shipped piece by piece to Arizona. It puts new meaning behind a famous children's nursery rhyme call "London Bridge is Falling Down".

The interesting note about the bridge purchase, it has been said, the buyer thought he was purchasing the fame Tower Bridge in London, confusing the two, since the Tower is the most famous of the two. A new London Bridge was built across the Thames River in London.