The program is now available to listen to by Real Audio and Windows Media at Diane Rehm Show website. 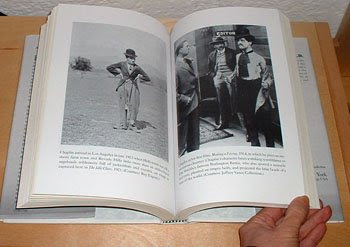 NOTE: While listening to this program, an university teacher called in about doing a 'talk' about Chaplin for his students and mentioned Edna Purviance in the call and how she gained weight, became an alcoholic and the author said she carried the torch for Charlie the rest of his life.

Yes, Edna remained a loyal friend of Chaplin, and yes, she gained weight (she always had problems keeping her weight down since childhood), but the on going talk about Edna being a broken down alcoholic, crying over Charlie the rest of her life is just plain untrue!

Edna had a very good life after leaving the studio, and went onto the most happiest years of her life with her husband Jack.

I am tired of academics who continue to perpetuate this nonsense about Edna, but it is what has been written over the years. Whether these people will ever believe me or not (once I get the record written), I am glad to find out it is not true. Edna didn't live a sad life after Chaplin, but a very full filled one. 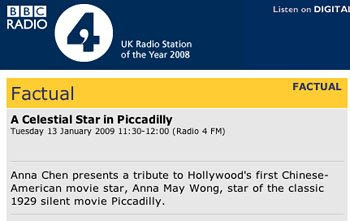 January 13, 2009 - Sale over! Thanks everyone! Planning a Charlie Chaplin Birthday event. Details soon.

January 14, 2009 - "Make Em Laugh" series begins on PBS. Check your local PBS station schedule or TV provider for times in your area. (Charlie Chaplin is mentioned to be in the first program.) More information about the series (says it begins with Chaplin).

Update: I have read Chaplin will be in Part One of the series, starting tonight, but also have seen reports he will appear in next week's. All I know for sure, he will be in the series. When he will be on, depends on the report you read and your local PBS station. If you have Direct TV, that is from the national PBS station, so check Direct TV for times.

Except for the PBS program, the other events are available online.
Posted by Edna's Place at 8:17 PM