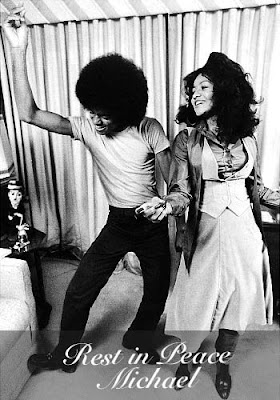 Update: Jermaine Jackson will be posthumously accepting the award for his brother at the Save the World Awards in Zwentendorf, Austria, July 24th. The motto for this year's event will be 'Heal The World' named after Michael's 'Heal the World' foundation, which gave multi-millions of dollars to social and humanitarian projects around the world. It is reported Jermaine will sing Smile at this event.

August 7, 2009 - iTunes plans to have Jermaine Jackson's version of 'Smile'

When I was listening I thought Jermaine switched gladness and sadness, but very understandable, on a very nice tribute. The correct order:

Light up your face with gladness,
Hide ev-'ry trace of sadness,