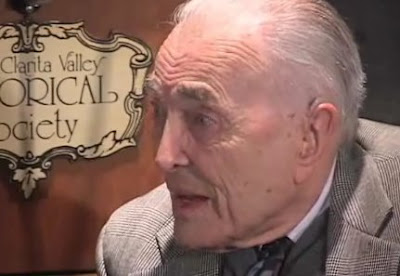 "On Christmas Day 1924, Mitchell was practicing carols on the organ at the Strand Theater in Pasadena when the lights went down and a movie about the Yukon went up. The 12-year-old kept playing, improvising a soundtrack. Soon he was accompanying matinee shows five times a week. He played for films such as the romantic wartime drama "What Price Glory," the action-adventure "Beau Geste" and the Fritz Lang futuristic fantasy "Metropolis." With the arrival of talkies and Al Jolson in the 1927 film "The Jazz Singer," Mitchell's first silent-movie career ended when he was 16." - Los Angeles Times 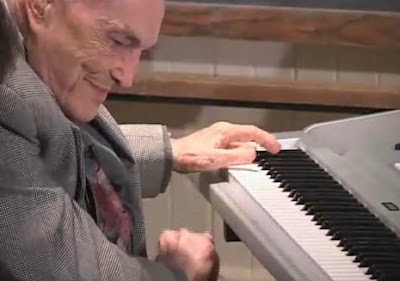 In the video, Mitchell has some interesting comments about Charlie Chaplin and also, what it was like for black boy singers during his day running a boys choir.