A few days ago, we reported about The Charlie Chaplin Playground winning an award. Jack (who lives in England) wrote in to tell us about the sign outside of the playground and kindly sent in these photos. The first one shows the gate and the second one a detail shot of one of the signs. 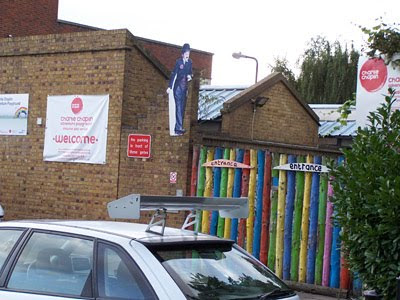 Jack, who is a longtime Chaplin fan, was wondering who is representing Chaplin in the playground sign, since the person doesn't look like the real Chaplin. 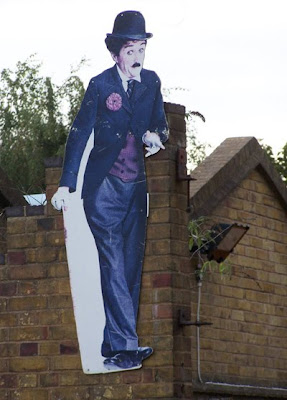 I have to agree, it doesn't look like Chaplin. Special thanks to Jack for sending these photos in!
Posted by Edna's Place at 6:31 AM

the image of Charlie is the one used by IBM for their 1980s advertisement campaign.