Lon Davis, and his wife Debra, have been busy the last year. After release of 'Silent Lives' and 'Stooges Among Us' in 2008, their latest book is now available. 'King of the Movies: Francis X. Bushman' has been recently released through BearManor. 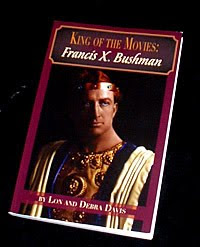 Lon and Debra actually started working on this book in the early 1980s. But after being turned down from publishers in the 1980s, it took the more 'silent film friendly' audience of today to take a real interest in publishing.

With channels like TCM and silent film festivals, the invention of DVDs and video tape, and great documentaries like David Gill and Kevin Brownlow silent film work, silent films have been re-introduced to a whole new generation around the world. And thankfully they have! 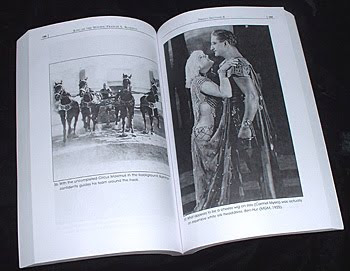 I have not read this book yet, but look forward to. It has two photo sections, with stills from Bushman's private life and from his films. Also, Mrs. Bushman helped in creating this book about her husband, so it has her personal insight into Francis Bushman's life. 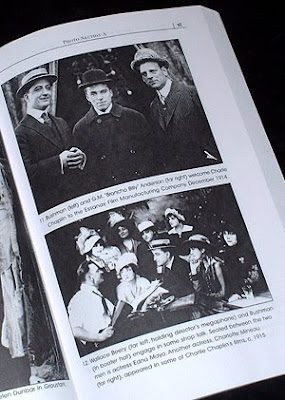 It is available now to add to your collection, and looks like a great edition. For Chaplin fans, Bushman met Chaplin during the time Charlie worked for Essanay.

For more on Lon, here is a 2008 video interview about his book 'Silent Lives.'