Movies of the 20s and Early Cinema 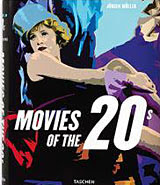 Taschen Publications has a new book release called "Movies of the 20s and Early Cinema." The book is available in Europe, UK, USA and Japan. See this link for more details.


"From the first moving pictures (the Lumière brothers’ 1895 “L’arrivé d’un train”), early westerns, fantastic pictures, and nickelodeons all the way through the golden age of silent film in the 1920s, this book covers the first three decades of the moving picture around the world.

In America, we witness the birth of Hollywood, circa 1910, where film quickly became a powerful industry and D. W. Griffith put American cinema on the map; later, Charlie Chaplin and Buster Keaton developed a new language of visual comedy while eccentrics like Erich von Stroheim and Cecil B. DeMille turned cinema into a high art form and show biz respectively, and sex symbols like Rudolph Valentino and Greta Garbo heated up the screens. " - Taschen


Note to Our UK Visitors in the Flood Zones
Very sad news to read about the record flooding in many areas in the UK (places where we visited and stayed). Locations that people would know like Royal Shakespeare Theatre, whose basement was flooded. For many it is the second round of it in the last two months. We send our best to all touched by this event.

The Floods at a Glance > 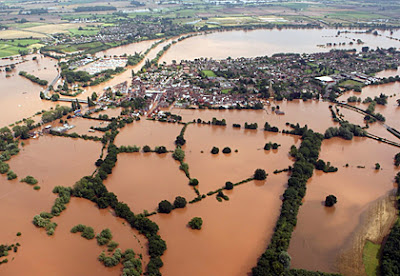