The relaunch of The Sea Gull book will be
February 15, 2010
According to written film records, February 15, 1915, is the official listed date for the release of Edna Purviance's first film, "A Night Out" for Essanay pictures. So, I find it a good date to re-launch the first book about Edna, featuring her last film with Chaplin Studio. More posts to come, but a peek of a nice stack of new The Sea Gull books. Click the image for a video peek of this Revised Third Edition. 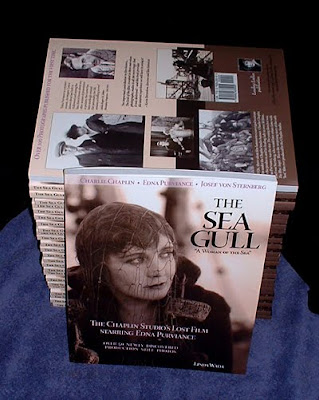 A Peek at "A Night Out"
And while this peek at a portion of "A Night Out" is certainly not great, just a short clip to help honor this event. See the whole film at Image. Or better yet, get a nice DVD copy or see in a theater, if possible. Occasionally, Niles Essanay does show this film.