The Sea Gull film is mentioned in Point Lobos

We had another mention of the film arrive in the mail this week. Pat Bova (Whalers Cabin Museum near Point Lobos) has updated their movie board at the museum to included The Sea Gull. Lita Hill met Pat at her museum in 2005.

Pat got her copy of The Sea Gull spring of 2008 and mentioned their plans to update their information at the museum about films in the Monterey area to included The Sea Gull. The film has been on the Monterey County Film Commission list.

Below is the article written by Pat and published in their local publication, The Point Lobos Docent, for September 2008. 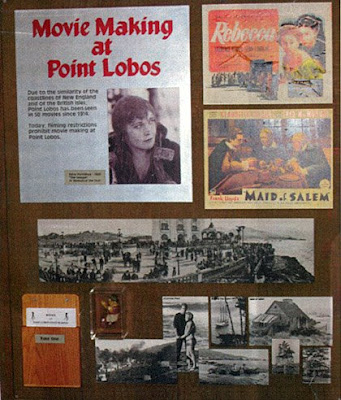 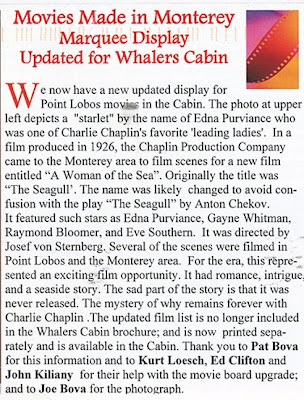