The Rainbow Orchid at the Billy Ireland Cartoon Library & Museum 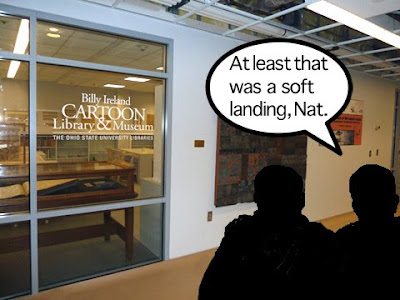 I'm very excited to see The Rainbow Orchid coming part of the largest cartoon and comic materials collection in the world, at the Billy Ireland Cartoon Library and Museum in Columbus, Ohio. The current home in the Wexner Center of the Arts is only for a short while, as a new permanent Museum and Library is being re-built in Sullivant Hall. A space being recreated just for comics (and dance) at an estimated cost of $20 million plus!

Special thanks to museum's founding curator, Lucy Shelton Caswell, for including Garen Ewing's work into this extensive collection, which includes the largest public collection of original artwork, like from 'Little Nemo in Slumberland', by artist and creator, Winsor McCay and the comic art of 'Calvin and Hobbes' by Bill Watterson.

More about the museum: 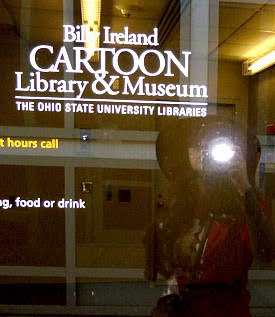 I took Lily and Julius on a 'private tour' to check it out...

"Established in 1977 with a founding gift of the Milton Caniff Collection, the Cartoon Library & Museum was housed originally in two converted classrooms in Ohio State's Journalism Building.

Since then, Caswell has built it into a widely renowned special collection that is a destination for both cartoon researchers and fans from around the world. Thousands of donors have contributed to the collection, with gifts ranging from one item to tens of thousands. 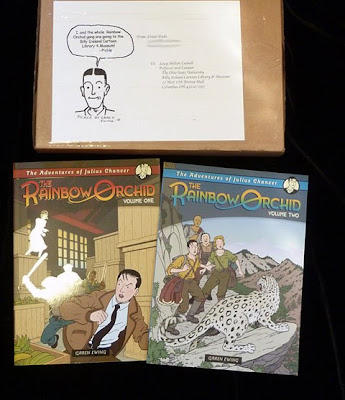 The books and package, before heading to Ohio! 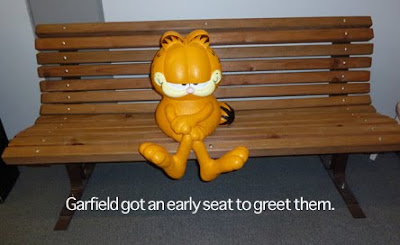 Now the world's largest collection of cartoon art and comics material, the Billy Ireland Cartoon Library & Museum is currently located in the lower level of the Wexner Center for the Arts complex.

Its new, permanent home in Sullivant Hall will expand its space from its current 6,808 square feet to more than 40,000 gross square feet, providing much-needed additional storage and new exhibition galleries that will allow more of the collection to be displayed and accessible to the public." - For more information, see http://cartoons.osu.edu.

And, for those who never seen this, silent animated film of
'Little Nemo' by Winsor McCay.