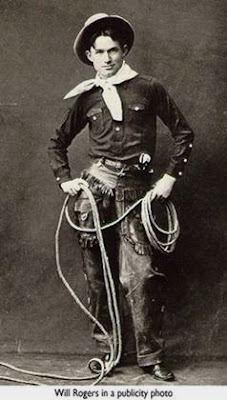 "An Evening with Will Rogers"

The tribute to the cowboy humorist, who starred in the Ziegfeld Follies on Broadway, wrote a nationally syndicated newspaper column and became Hollywood's biggest box-office star will commemorate Rogers’ passing with an evening of film clips and recollections. Rogers perished in an Alaska plane crash 75 years ago.

Jennifer Rogers-Etcheverry, Will Rogers’ Great-granddaughter, will be on hand to discuss the legacy of her famous relative. Jennifer has been involved in the Rogers family business since 1991 and now serves as the family spokesperson and media contact.

She travels throughout the year to promote the legacy of Will Rogers, including riding in the Rose Parade with Sons and Daughters of the Reel West. “The tribute to Will Rogers is a wonderful event to celebrate the life of one of the greatest Americans to ever live”, says Rogers-Etcheverry.

“Will’s wisdom and quotes are timeless and we applaud the Hollywood Heritage Museum for helping to keep his memory alive.” Jennifer will be joined by Todd Vradenburg, Executive Director of the Will Rogers Motion Picture Pioneers Foundation and Board President of the Will Rogers Ranch Foundation. 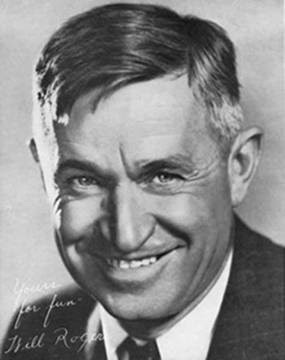 Twentieth Century Fox Home Entertainment has graciously allowed the museum to host the first public screening of several documentaries that were produced expressly for their popular Will Rogers DVD Collection.

The first is entitled “Back to the Ranch” and features personal interviews with Rogers’ family members at the re-dedication of the Will Rogers Ranch in Pacific Palisades. The second, “Jane Withers Remembers…” features heartfelt stories from the beloved child star who was befriended by Rogers when they were both making films at Fox Studios.

The Lasky-DeMille Barn (birthplace of Paramount Pictures) is located at 2100 N. Highland Avenue, across from the Hollywood Bowl. Parking is free (in Lot D). The evening is being produced by HH Board member Bryan Cooper and Barn Committee member David Greim.

For additional information please visit:
www.hollywoodheritage.org
www.willrogersranchfoundation.org
Thanks to Janet Hoffmann for release.
Posted by Edna's Place at 3:14 PM