"Her next biographical subject is the actress Virginia Cherrill. Discovered by Charlie Chaplin, she starred in his movie City Lights and was briefly married to Cary Grant and then the Earl of Jersey.

"I love writing about unknown people," Seymour says, "and reclaiming them like this, like Cherrill and my father." - from Valerie Lawson article

UPDATE: Very late update, but Seymour book was released in 2009. Called 'Chaplin's Girl: The Life and Loves of Virginia Cherrill, here are a couple of UK reviews: Guardian and Times Online. I personally don't own it, but available online. 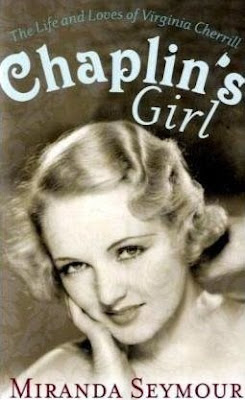