Silent film actor, Coy Watson Jr. has died at the age of 96.

When Sennett studio needed a baby, Coy was hired at $5 per day. It was the beginning of his child acting career, which earned him the name 'The Keystone Kid'. 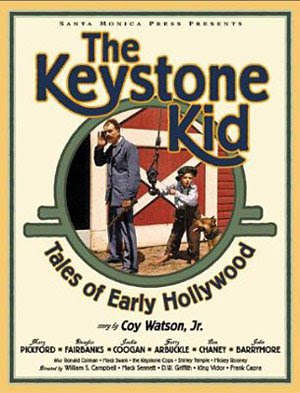 He made nearly 60 films, from bit parts to films with Marion Davies in "Show People" and with Jackie Coogan "Buttons".

In late years, Coy worked for ABC and CBS in California, as a cameraman.

He died Saturday in Alpine, California, after a long bout with cancer. more from the LA Times>

Other notes:
• The Watson Family have a star on the Hollywood Walk of Fame
• He authored his book, The Keystone Kid: Tales of Early Hollywood, 2001.

"The stories have the ring of truth..." - Bob Mondello, National Public Radio


Update Mar. 17th: I ordered Mr. Watson's book last night and it is in the mail now. I will share more, once I get it.