"Louis" A Silent Film on tour 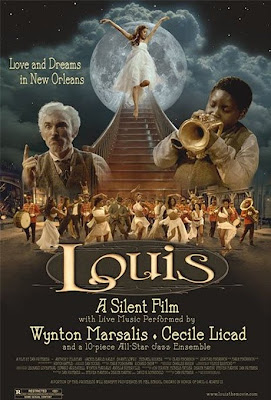 This silent film will have a Live Musical Performance by Wynton Marsalis and Cecile Licad, for a limited engagement in these cities:

"Shot by Academy Award-winning cinematographer Vilmos Zsigmond as a modern re-imagining of early silent film, LOUIS is an homage to Louis Armstrong, Charlie Chaplin, beautiful women and the birth of American music.

"The idea of accompanying a silent film telling a mythical tale of a young Louis Armstrong was appealing to me,” says Marsalis. “Of course, calling it a silent film is a misnomer -- there will be plenty of music, and jazz is like a conversation between the players so there'll be no shortage of dialogue." - Learn more at the official Louis website